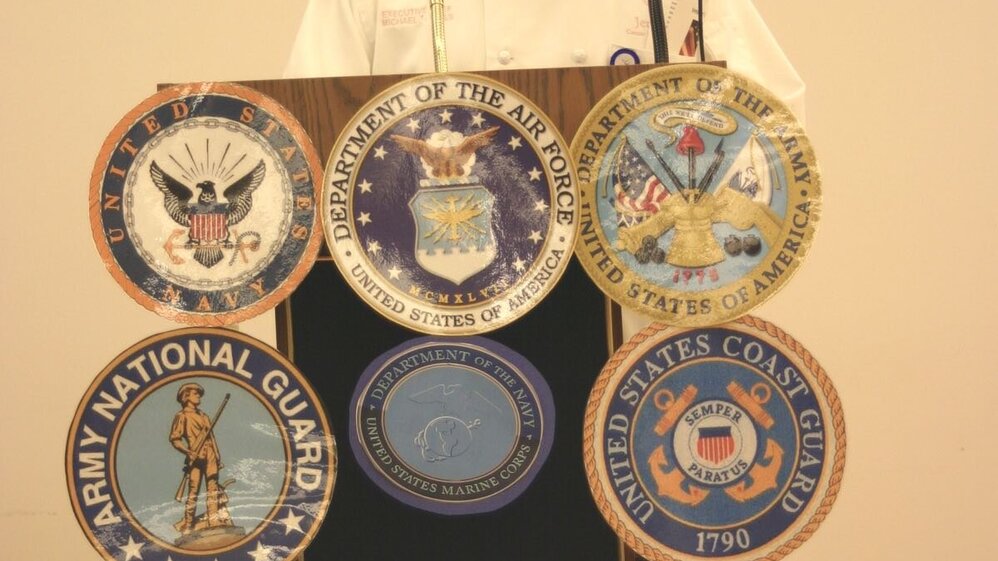 For Michael Mills, being a Chef is like being called to the ministry. As Executive Chef at Jennings, Mills said he is “blessed to serve people the last meals of their lives.”

That’s because he provides food for people in long-term apartments, rehabilitation, adult day services, assisted living, and nursing home. “For some of these people, mealtime is the thing they look forward to the most. This isn’t just a job to me,” said Mills. “It’s a ministry.”

But it didn’t all start out as such a noble mission—it was just a job working at a local pizza place. As a young dishwasher, Mills noticed that everyone listened to the head cook. “He was in charge. Everyone did what he told them to do. I wanted to be like him,” said Mills.

That idea planted the seed with him, and so he went onto another restaurant in Maine, which took him to Florida for a cooking apprenticeship and some on-the-job training. After working in a variety of different types of restaurants and different styles of cuisines, Mills later ended up working for a large catering company in Ohio, where he thought he would stay. But fate took him in a different direction.

Mills used to make weekly visits to his uncle, who was in hospice care. After several visits, he knew that he wanted to do more. “I thought if there was anything I can do to help these people, I’d do it in a minute,” said Mills. When the opportunity to work at Jennings presented itself, Mills did not hesitate.

It wasn’t all smooth sailing in the beginning. “When I first came to Jennings, they’d never had a Chef before. I think some people didn’t know why we needed one, and I felt like I had to prove myself. Looking back, I would have taken a little bit more time to ease into the job,” he said. But it’s clear he’s won over both staff and residents.

Mills said that while the residents of assisted living, nursing home and critical care residences are much different from the general public, one thing remains the same. “Food is very important to everybody. Food makes people happy. I like making people happy with food,” he said.

The Future of Senior Living Foodservice

Residents of Jennings dine on homemade turkey and chicken pot pies, stuffed cabbage and breaded pork chops. Here the food is prepared in one central kitchen, but equipment like drop-in steam tables, soup rethermalizers, warming cabinets, and buffet stations help create this new way of dining. Mills said that some senior living facilities have cocktail bars where people can enjoy a cocktail and a few appetizers. “The importance of foodservice in senior living residences cannot be ignored. As the Baby Boomer generation ages into retirement, they are demanding more choices, more quality and better ideas,” said Mills.

This focus on quality is reflected throughout his department, from the name (it’s called “culinary services” now) to the Chef’s hat and Chef Whites that he wears every day.

Working in an assisted living facility is not for everyone. It can be emotionally challenging, said Mills. “But I am blessed to do what I do. It’s my pleasure to make their days the best they can be,” said Mills.

"We've always felt that with our capacity we have an obligation to contribute to things that are important to us."