We are all a flutter at Jennings at Brecksville, where our dill plants became the breeding grounds for Black Swallowtail butterflies. Our first generation were discovered in June by Life Enrichment Coordinator, Wendy Kakou, who spotted several caterpillars on the dill plants in our raised herb garden on our back patio.

It did not take long for the news of the caterpillars to make its way through our community and before you knew it everyone wanted to see them. Every day it seemed more and more caterpillars were seen inching along the dill stems and chowing down on the leaves.

“It was such a surprise, we had three, and then we had six more!” Wendy recalled.

Worried about their safety, Wendy, placed the dill plants with the caterpillars in a portable sealed plant tent. Within a few weeks, we saw several chrysalises hanging all over the plant tent. A few weeks later it was discovered that we had butterflies fluttering around. The residents gathered to see them.

Unfortunately a few days later, the butterflies were found dead in their plant tent and everyone was so saddened by this loss. Wendy decided to reach out to Naturalist, Jenny from Cleveland Metroparks, to see if she could shed some light on Black Swallowtail butterflies.

Jenny did a presentation in July to our residents and told how their journey begins as tiny white eggs generally for four to ten days. The second stage is when they turn into caterpillars for three to four weeks. The third stage is the “chrysalis” or pupa stage when they transform into a cocoon-like casing for ten to twenty days. The final stage; the butterfly, when they live for six to fourteen days.

After hearing this explanation, it was with some relief to know that we did not do anything to cause their passing, and she went on further to explain that we should expect the generation we are very happy to have now – the second generation! “At our highest count, we had eighteen caterpillars,” Wendy confirmed. “Unfortunately not all of them survived, but it was still exciting to see.”

The residents are thrilled to meet our new member of the community before it will be released from the portable plant tent this afternoon. “It was beautiful, I enjoyed watching them,” resident Angela shared. “I checked on them morning, noon, and night. It was like checking on your kids.” We are very pleased to see that our second generation has officially arrived and hope the remaining chrysalises open very soon! 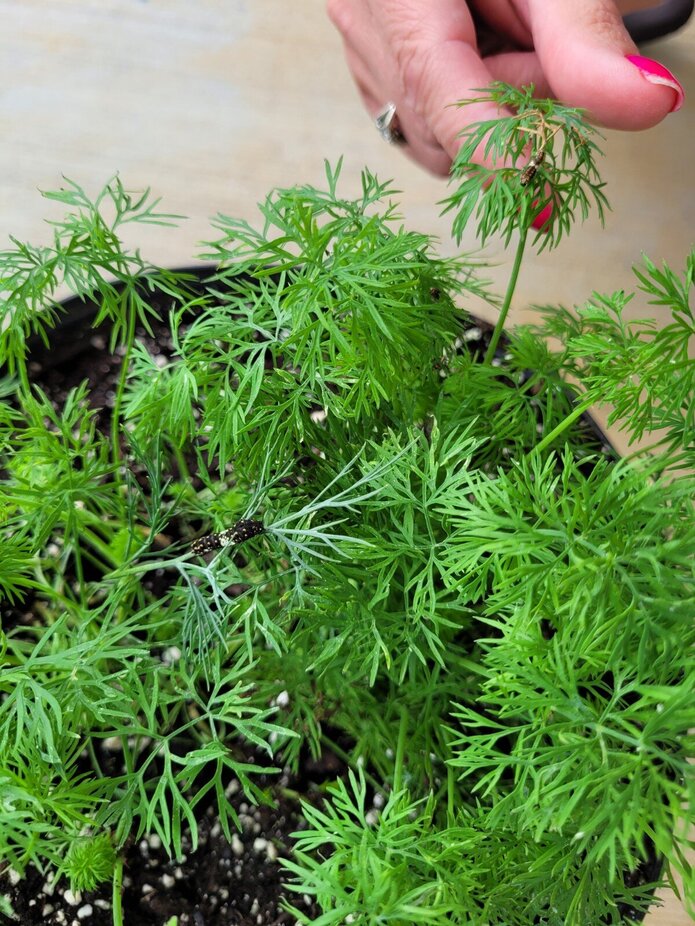 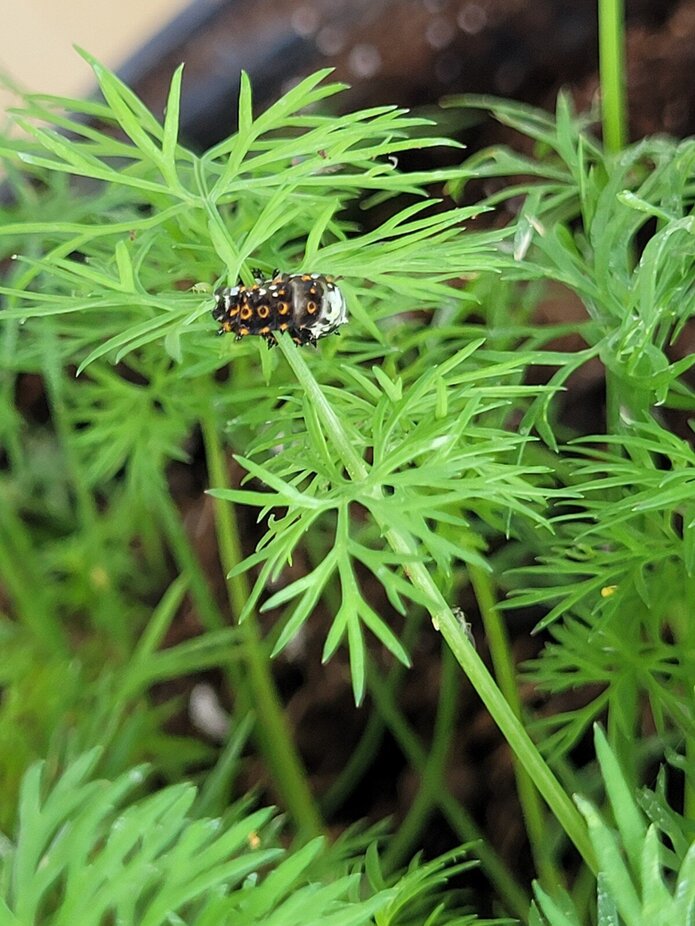 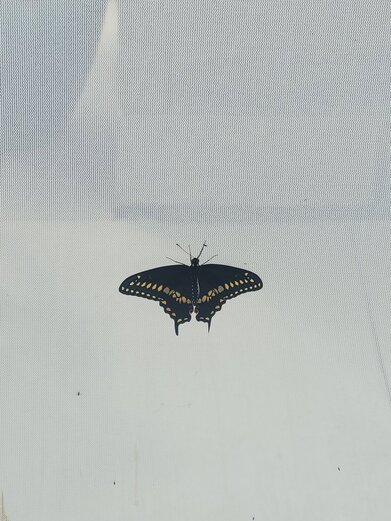 "Wow; this is much better!’ I don’t have to use my back and shoulders the same way, so it feels good at the end of the day.”